Answers To Your Questions About DUI Charges In South Carolina

If you face driving under the influence (DUI) charges, the best thing you can do is hire an experienced criminal defense attorney. The founder of The Law Office of Brad C. Richardson, LLC, opened the firm’s doors in 2015 and has helped thousands of clients throughout South Carolina since then. Previously, Brad Richardson worked as a prosecutor, meaning he can anticipate how the other side will prepare their case against you. He is a strong yet compassionate criminal defense lawyer who is here to help you understand your options and defend your rights. Below is information about drunk driving charges in South Carolina. Please contact the firm with all additional questions. Mr. Richardson is happy to help.

Do I have to blow into a breathalyzer if I’m suspected of drunk driving in South Carolina?

No, it is not required. However, if you don’t, your license will automatically be suspended.

Do I have to take a sobriety test if I’m pulled over for drunk driving in South Carolina?

No, you can refuse to participate. Additionally, you will not face an automatic suspended license like you will if you refuse to take a breathalyzer test.

Is a first DUI considered a felony?

It depends on the specifics of the case. Typically, a DUI charge is not considered a felony unless there was an injury or death as a result.

How long will a DUI stay on my driving record in South Carolina?

If you’re convicted, it will stay on your record.

Will I lose my license after a drunk driving conviction?

Do I have to go to court for a DUI?

It is possible that you may not have to appear in court if you have a criminal defense attorney.

Can a DUI get expunged from my record?

No, which is why it is especially important to get a proper drunk driving attorney.

I was accused of a DUI while on vacation in Myrtle Beach. Do I have to return to address my drunk driving charges?

Can I resolve my DUI charges through the Pre-Trial Intervention (PTI) program?

Unfortunately, no. DUI is one of the offenses that is not eligible for PTI participation. Your best chance at avoiding a conviction or mitigating the damage of a conviction is to work with an experienced attorney like Mr. Richardson.

Is it possible to beat a DUI charge if I failed a breathalyzer test? Do I just need to plead guilty?

A failed breathalyzer test seems like all the evidence needed to convict someone of DUI or the similar charge of driving with an unlawful alcohol concentration (DUAC). In some cases, it is. However, a good lawyer can help you challenge the charges. Depending on the facts of the case, that challenge may be successful.

The following are three common defenses to DUI charges:

When it comes to pleading guilty (to any crime), it would be a mistake to do this without first consulting a good criminal defense attorney. Even if you end up taking a plea deal, chances are good that Mr. Richardson can obtain a much more reasonable agreement than prosecutors were initially offering.

Do people fail field sobriety tests for reasons other than alcohol impairment?

Yes, all the time. Field sobriety tests (FSTs) assess whether someone is impaired by testing their physical coordination (including balance) and ability to follow directions. If you are in poor health or have any number of medical conditions, you could easily fail FSTs while completely sober. Conversely, a young person in excellent physical health could potentially pass FSTs even if they were over the legal limit.

You may also have a difficult time hearing and following directions because of when/where the tests take place – often at night on the side of a busy highway. In short, FSTs can show that someone is impaired by alcohol, but there are many reasons why someone could fail them without having a drop of alcohol in their system. 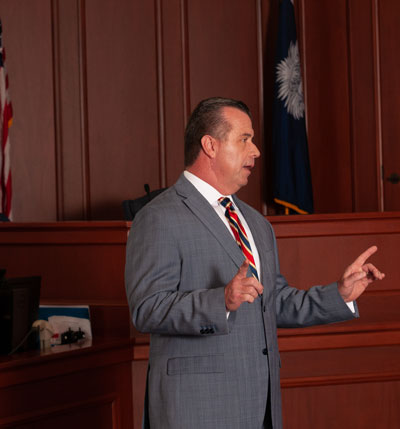